← back to
PRAH Recordings
Get fresh music recommendations delivered to your inbox every Friday.
We've updated our Terms of Use. You can review the changes here. 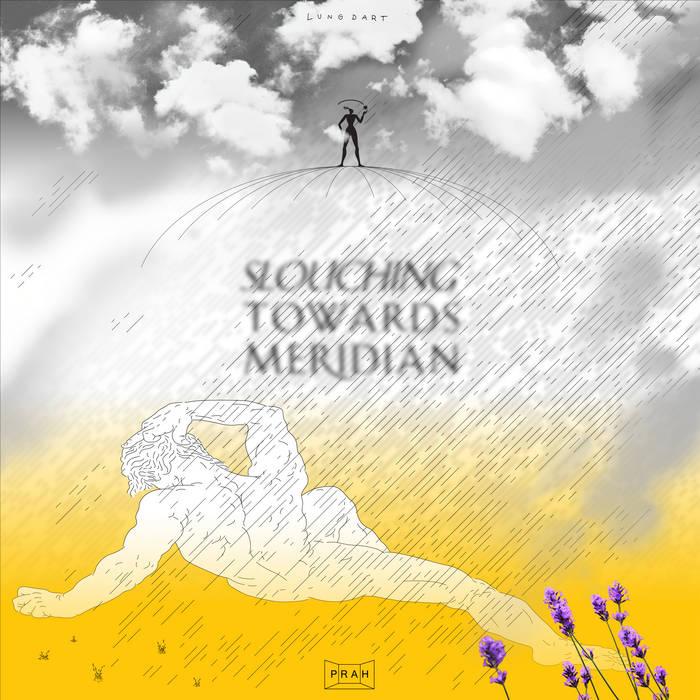 oasis gives me chills every time Favorite track: How?.

Inspired by the Rest Zone of the long-defunct Millennium Dome, 𝗟𝘂𝗻𝗴 𝗗𝗮𝗿𝘁's latest LP draws on the pair’s shared sense of millennial melancholia across twelve tracks of submerged songwriting and woozy ambience. Combining unorthodox production techniques, with an ear for melody, the result is a spellbinding reflection on growing up with the 21st century.

Created for the dawn of a new century, the Millennium Dome has come to be seen as a symbol of the failed optimism of the 1990s. For 𝗟𝘂𝗻𝗴 𝗗𝗮𝗿𝘁, though, it represents something else. Through conversations about the space, the pair recalled how it felt when they visited on school trips as children. The wonder it provoked, the atmosphere it created: idealistic and hopeful. Built on the Greenwich peninsula, where time “literally begins”, the Dome was a monument to a bygone age of hopefulness – a mood that coloured the childhoods of a generation now approaching their thirties.

In particular, 𝗟𝘂𝗻𝗴 𝗗𝗮𝗿𝘁 remember the Millennium Dome’s Rest Zone – a section of the exhibition dedicated to wellness and renewal, where visitors were invited to lie down and let soft, pulsing lights wash over them. The experience was soundtracked by the Longplayer, a 1000-year long composition played on singing bowls due to finish its repetitive cycles some time in 2999. It was in this strange, turn-of-the-century sanctuary, that the duo first heard ambient music – it’s a place they’ve never forgotten. For a band concerned with memory, this pocket of peace has come to represent a calm before the storm – a distinctly relatable ennui for children of the nineties, who came of age as the supercharged world of the future began to crash.

‘𝙎𝙡𝙤𝙪𝙘𝙝𝙞𝙣𝙜 𝙏𝙤𝙬𝙖𝙧𝙙𝙨 𝙈𝙚𝙧𝙞𝙙𝙞𝙖𝙣’ then, sits in the foggy terrain between the optimism of childhood and the slump of the present day. Far from being defeatist or nostalgic, it is concerned with the disorienting sensations of growing up and remembering; an album about memories of the future.

The LP also contains their most direct music to date, as the pair swap obscured melodies for comparatively clear singing. Take “How?”, for instance, a plaintive ballad that blooms through the rolling fug of cloudy organs; or penultimate track “A Thousand People Floating”, which blends Rapson’s vulnerable vocal performance with soaring trance-like euphoria. Elsewhere, their ability to create soundscapes that are once unplaceable while feeling strangely familiar is on full display. Instrumental “AV Duet” bobs and weaves with childlike energy, while “Before the Crash” sets burnt woodwinds against a gently clanking beat.

‘𝙎𝙡𝙤𝙪𝙘𝙝𝙞𝙣𝙜...’ comes at a significant moment for the duo. Over the summer the pair were composing and recording music with producer Steve Guy Hellier, formerly of ​Death In Vegas​, for Mark Leckey's Tate Britain show '​O' Magic Power Of Bleakness​', which opened on 24th of September 2019, and runs until the 5th of January next year. The show – a contemporary fairy-story set against a lifesize replica of a motorway bridge – has proved the perfect playground for their sensibilities. Married to Leckey’s similar taste for the warped magic of memory, their compositions play a vital role in one of the most talked about installations of the year.

The pair performed at Tate Britain on the 29th November 2019, as part of ‘In the Bridge’ – an evening of music and performance taking place inside the exhibition.

Bandcamp Daily  your guide to the world of Bandcamp